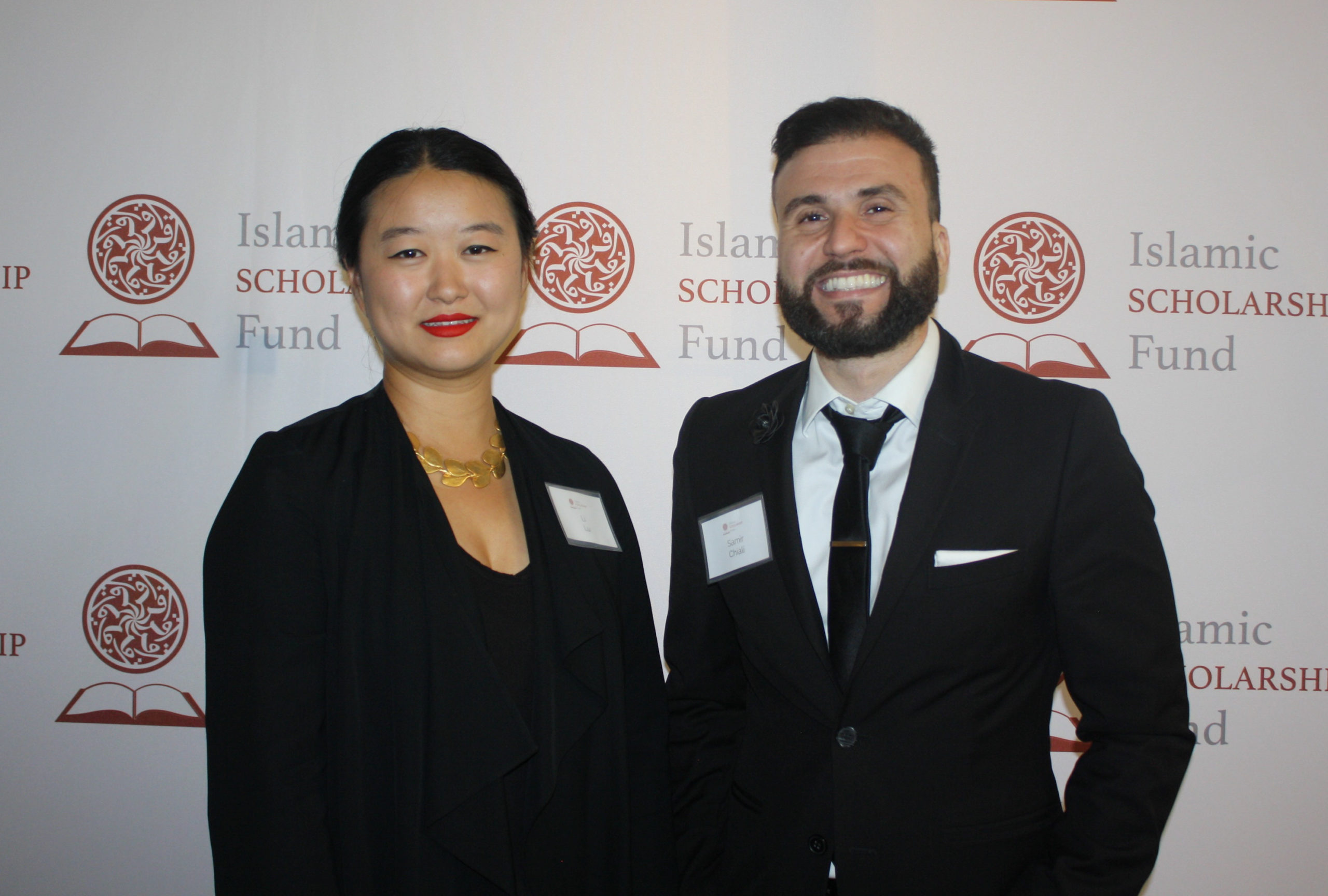 Are you an ISF scholar or grantee looking for professional development opportunities in film? Or a community of American Muslim filmmakers? Join ISF's Peer-2-Peer Film Mentorship Network and receive artistic and scholarly support, networking opportunities, and industry insight from accomplished filmmakers and professionals. Meet our mentors below. If interested in becoming a mentee, please contact ISF and send your resume via the button below. Note: Mentorship only open to ISF scholars, alumni, and grantees. 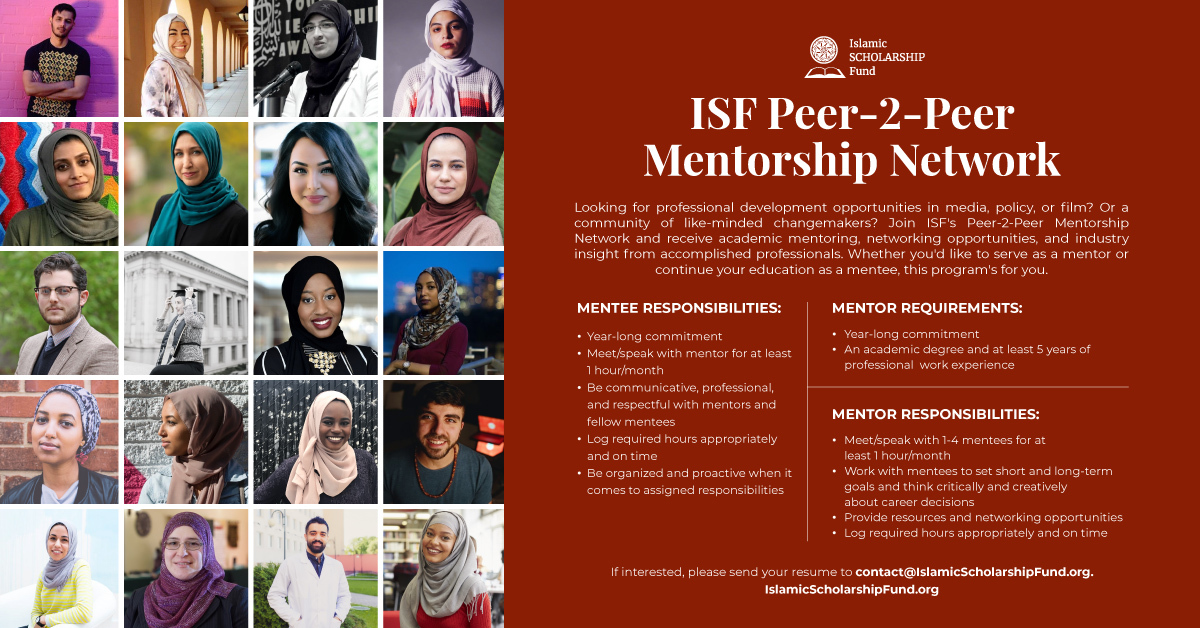 A 2013 scholar, Farkoukh Virani is currently an Editor at Warner Bros. Television where he is part of the editing team for iZombie Season 4-5. He has worked as an Editor or Assistant Editor for various other projects and outlets, including Swift Current Productions, Ora TV, and the Los Angeles Times. He graduated with his MFA at the University of Southern California and his B.A. in Film-TV Production at the Tisch School of the Arts at New York University.

As a child, Iman Zawahry was drawn to film as a creative outlet and a way to better understand her world. Her passion for film continued to grow and develop into her adulthood. She received her B.A. in Religion and Near Eastern Languages and Cultures from the University of Florida and upon graduating, she worked with Bridges TV, the first American Muslim Television network, as a freelance journalist. In 2006 Iman attended Florida State University Film School, where she directed three short films, of which "Tough Crowd" was awarded an Academy of Television Arts and Sciences Student Emmy Award, the Ft. Lauderdale International Film Festival Award of Merit, and was accepted to over 15 film festivals around the country. Iman was ISF's first Film Scholarship Recipient and is passionate about helping other young filmmakers pursue their dreams through the ISF Film Grant award.

A 2017 film grantee, Li Lu is an award-winning filmmaker based in Los Angeles, CA and Houston, TX. She was born in Suzhou, China, and her family moved to the United States when she was five. Daughter of two physicists, Li discovered her passion for storytelling through various mediums - dance, photography, and ultimately, filmmaking. Raised on all three coasts and graduating high school in Sugar Land, TX, Li received her BA from the University of Southern California's School of Cinematic Arts, graduating cum laude. THERE IS A NEW WORLD SOMEWHERE, her debut feature, won three Best Feature awards and was distributed theatrically and on demand. Her current project, A TOWN CALLED VICTORIA - a documentary about an arson of a Texas mosque - has garnered support from numerous organizations, including the Sundance Institute and Austin Film Society. BURY ME ON GOLD MOUNTAIN, her second feature, has been selected for the Film Independent Screenwriting Lab, IFP Week: No Borders, and other honors. It is currently in development. Li also directs episodic television and is a proud member of the DGA. Her work has been supported by organizations such as FOX, Firelight Media, Film Fatales, and Women in Film, and profiled in the New York Times, IndieWIRE, NPR, Bitch Magazine, IMDb, and Flavorwire. A maker of fiction and documentary films, she focuses on work that creates social impact and expands BIPOC representation.

Read Bio Expand
Shireen is a Latinx, Iranian, Muslim, Disabled filmmaker born and raised in LA. Her revolving identities inspire her to create space through film technologies for intersections to exist & expand. She co-authored Flipping The Gaze: Restorative Filmmaking Techniques & Technologies which builds from the work of Philip Butler to unpack: What happens when we take technology such as the camera, which was historically used to oppress communities through surveillance of the harmful tropes of mainstream media, to flip the gaze and reclaim historical perspective that would otherwise be erased? What does a Muslim Future look like when we are holding the camera? Given how we remember ourselves is pivotal to our healing; her films use memory to create counter archives that un-censor the imagination, de-internalize surveillance, and mirror our infinite reflection. She has been featured on the Cannes List, Black List X Muslim List, and the Blue Print for Muslim Inclusion. www.Shireenalihaji.com

A 2016 film grantee, Tarek Albaba is an Arab American filmmaker with over 17 years of experience. Tarek is passionate about documentaries/true crime series that are social justice-focused. Tarek has produced series, branded content and specials for premium networks and agencies. His work has been featured on Discovery Channel, History Channel, Spike TV, NBC, Facebook Watch and Apple TV +. Tarek has developed scripted and unscripted orginal content for distribution including a feature film focusing on his grandparents' struggle for survival during the Nakba (Catastrophe) of 1948 in Palestine.

A 2013 scholar, Mustafa Eck studied at USC's esteemed School of Cinematic Arts, earning a bachelor's degree in Film & TV Production. He is currently the Senior Video Producer at the J. Paul Getty Museum in Los Angeles. He previously worked at Univision Communications, the Kin Community, the MO4 Network, and as a freelance video producer working on projects for various companies, including T-Mobile.

A 2018 film grantee and 2020 scholar, Razi Jafri is a documentary photographer and filmmaker whose work focuses on religion, culture, politics, and the changing American cultural landscape. In his current role as photographer and project manager at the Center for Arab American Studies, he will be working alongside colleagues Sally Howell and Osman Khan on a collaborative multimedia project called "Halal Metropolis" about Muslim visibility in southeast Michigan. Razi's additional projects include a documentary film called "Hamtramck, USA," which examines the benefits and tensions of multiculturalism and diversity through the lens of Hamtramck's 2017 elections. Razi is an alumnus of the University of Michigan-Dearborn where he received a bachelor's degree in engineering.

Thanks for subscribing! Please check your email for further instructions.

Something went wrong. Please check your entries and try again.